CHECK OUT THE MONUMENT TO AN ORANGE

Yes, this is not a joke. Everyone knows how geese saved the Rome, but few can imagine that oranges bailed out Odessa. The legend goes back to 19th century, when Russian Empress Catherine the Great passed away and her son, Emperor Pavel I, took over the ruling power in Russian Empire. Unlike his mother, he did not favor turning Odessa into Empire’s new grand port, especially since most of the funding, previously sent to to the city, miraculously disappeared in the pockets of local government.  Financial contributions stopped and Odessa was on the brink of turning into yet another provincial town in the outskirts. It was then that the Odessans decided to save the city by giving the most extravagant and unexpected present for the Emperor – 4000 of the best Greek oranges! Pavel I loved the present so much that he doubled the city’s funding and Odessa’s construction continued. Witty Odessans of the modern times call the Monument ‘Long live the bribe’ and joke about the Monument’s recent move: from the front yard of city’s local council to the more obscure location at Zhvanetsky Boulevard. 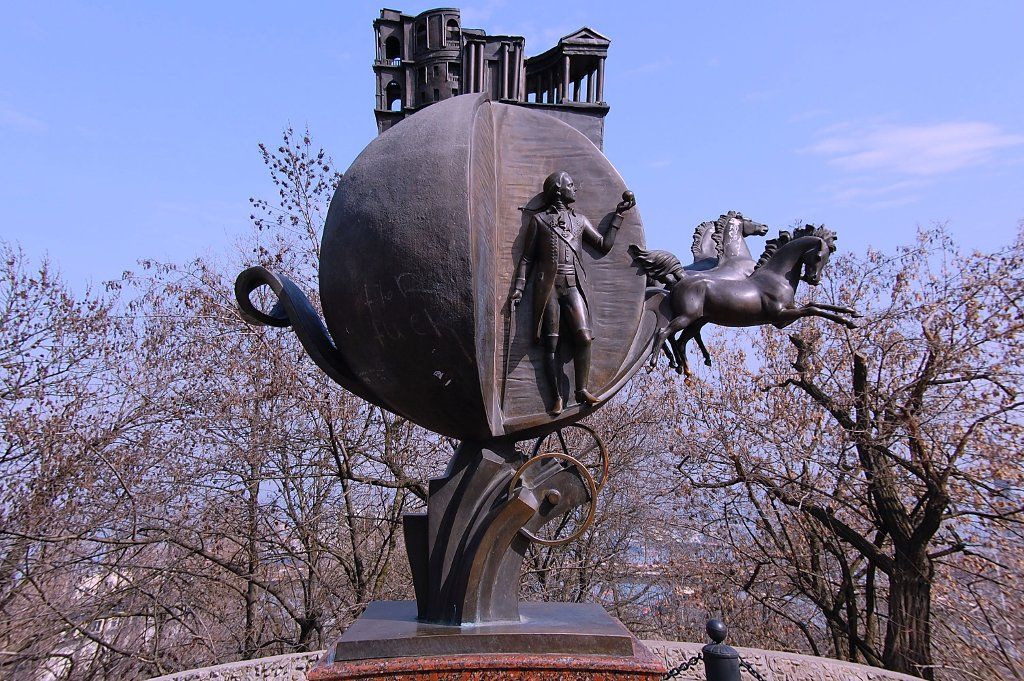