SIT FOR A ROMANTIC CUP

The charming building to the right of Lviv Town Hall hosts the main branch of Lviv History Museum. Founded in 19th century, it is one of the oldest and most impressive city museums. It currently hosts over 300,000 artifacts, spread out among the four architectural monuments, all dating from 16-18th century. Korniakt Palace – museum’s main building – was a former residence of Jakub Sobieski, the father of Polish king Jan III. Interesting things to check out: jewelry from European countries, signs of military honor and portraits of Ukrainian Hetmans (Cossack leaders), and first printed booksin Ukraine by Ivan Fedorov among others.

However, Lviv History Museum is most popular for its cozy yard and coffee shop. Delicious coffee, combined with some classical music performance – and you are sitting in probably one of the most romantic places in the city 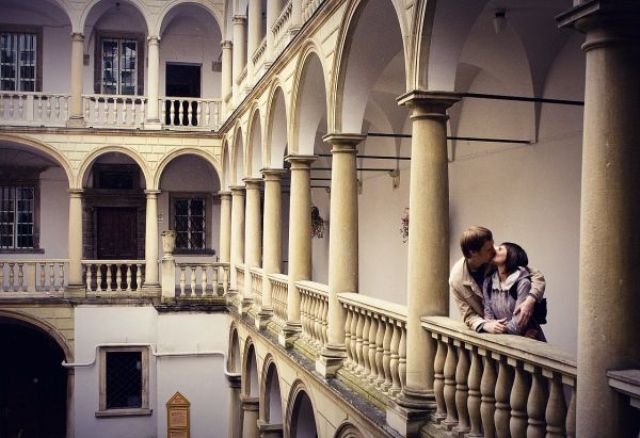